I have been a fan of Farel Dalrymple since the original issue of Meathaus, maybe even earlier? I’m always excited to see new comics by him. So when I heard about the Delusional book being published by Ad House, I was very excited but a little skeptical. Excited because the description of the book included the word comics. Skeptical because the description also included the word drawings. 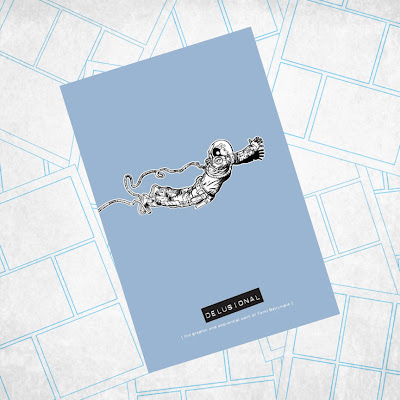 In the past I had bought many books that included comics and drawings only to be disappointed by the ration of comics to drawings. I’m a comic fan and would prefer a book full of comics (even incomplete comics) to a book full of sketches and pin-up drawings. I would have to say I was very excited when I cracked open the cover of Delusional and found that it contained tons of comics, I mean tons, it felt like it was never ending page after page of comics.

Reading Delusional took a couple evenings, it’s a whopping 232 pages. There are dozens of comics stories with in those pages. I even enjoyed most of the drawings (this was probably due to the amount of comics included in the book.)

Some of my favorites were included in the form of Smith in the Supermundane stories. I cannot get enough of this character and his odd little world. I love the fish with glasses, Percevil that appears in these stories. 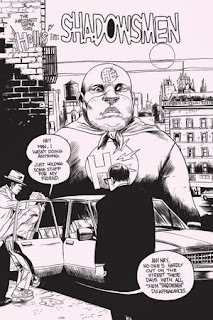 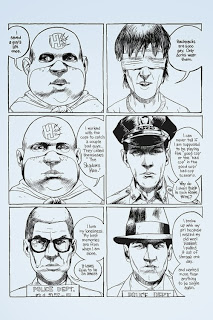 I also loved the Em and Gwen strips. These stories really made me miss Pop War Gun and hope that Dalrymple is in the process of producing more stories in this world.

For those that are not familiar with Farel Dalrymple’s work. He is an excellent slice of life style storyteller. When reading his characters you almost feel like you know them. While I do not think any of his stories are actually autobiographical, they have that type of feel but with a dollop of imagination on top.

Farel Dalryple’s art style is has a strong, deliberate and solid feel to it, yet it still feels light and whimsical. You can feel a sense of the world’s he creates, everything looks like it is normal and real. Whether it  a fish with glasses of a grown man dressed as a super hero. Darymple’s art has a sense that this stuff has and can really happen. 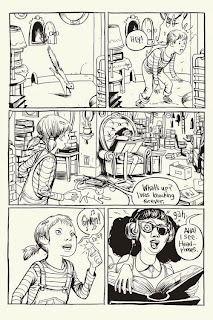 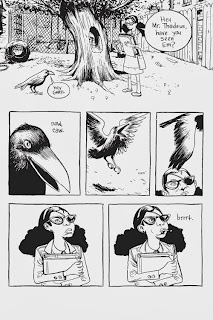 Most (if not all) of the stories and art in Delusional had appeared previously in other publications. It was nice to see them all in one place. If I had one negative thing to say about the book is that it left me wanting more. I guess that is not a bad thing, right?

Delusional  by Farel Dalrymple is published by Ad House and should be available and is well worth the purchase price.